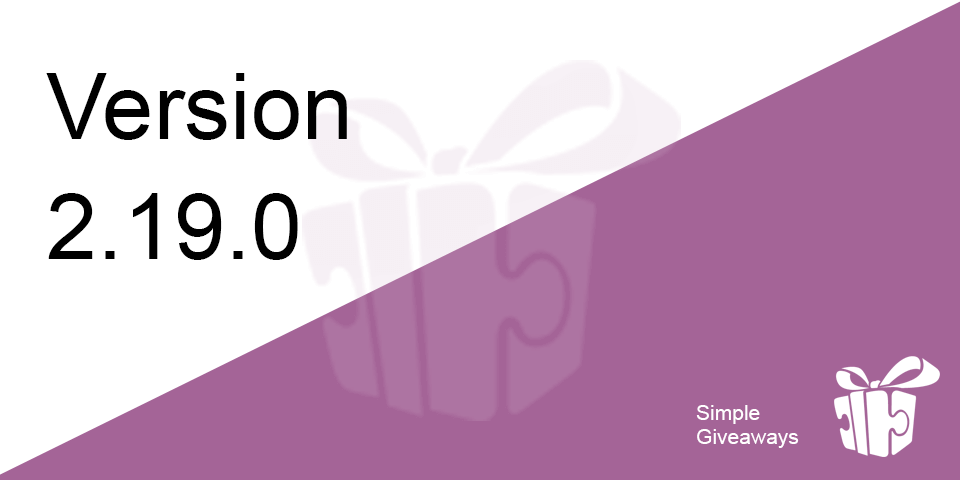 There are 3 statuses for each subscriber:

Only subscribers that are active will be able to win a giveaway.

You can now also block subscribers. For now, the blocked subscriber will be only blocked for the current giveaway.

A future feature might be that a blocked subscriber will be blocked for every other giveaway as well.

This is a new premium feature. Now, you can have specific giveaway forms.

By default, each giveaway will use the default form. But, if someone wants to collect different information on a giveaway, it’s now possible with this new feature.

Join thousands of users who use Simple Giveaways to reward their existing customers or to gain new customers through rewards.

Simple Giveaways is a WordPress plugin for hosting giveaways and growing your email list.

Some Icons were made by surang from www.flaticon.com